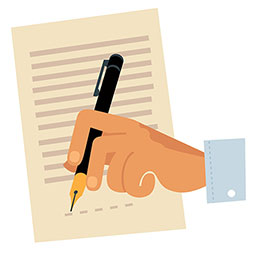 In January 2022, my Professional Responsibility and Ethics partner Tyler Maulsby and I wrote about whether and how Richard Liebowitz’s suspension from practice in New York (and elsewhere) impacted the ability of his former colleagues, including his sister, to call their firm the Liebowitz Law Firm.  That discussion can be found here.

It now appears that that the Liebowitz Law Firm is winding down or otherwise ceasing operations. Until recently, this is what you would see if you tried to link to the firm’s website at www.liebowitzlawfirm.com.

Rebecca R. Liebowitz, Esq., LL.M., owner of Liebowitz Law Firm, PLLC (“LLF”), and Craig B. Sanders, Esq., owner of Sanders Law Group (“SLG”), are excited to announce that SLG has acquired and taken over LLF’s operations as of January 2022. Please feel free to contact SLG for more information about continuing the copyright journey that LLF started. Thank you

NOTE:  Now if you try to go to www.liebowitzlawfirm.com, you land on a page with the address uscopyrightattorney.com which is run by the Sanders Law Group.  Interestingly, the “announcement” of the acquisition of Liebowitz Law Firm PLLC can still be found on the Sanders Law Group’s website at www.sanderslaw.group but you have to do some digging to find it.  There is no such reference to the acquisition (at least that we could find) on the uscopyrightattorney.com site.

For context, Rebecca Liebowitz is Richard’s sister, who only has been admitted to practice in New York since 2019.  Her suspended brother Richard was admitted in 2015.  Craig Sanders and his firm are well-known for representing plaintiffs in copyright cases.

So I thought I would go back to Tyler ask what all of this this means.

Q.  Tyler, my first question to you is: What does this mean to say that the Sanders Law Group has “acquired and taken over” the operations of the Liebowitz Law Firm?  Can law firms be purchased and sold in this way?

A.  Not really and it raises several questions.  The sale of a law practice is governed by Rule 1.17 of the New York Rules of Professional Conduct.  Rule 1.17 makes clear that a law firm can only be “sold” where the lawyer is “retiring from the private practice of law.”  The rule also includes a number of requirements related to the exchange of confidential information, notification of clients, and other requirements for the transaction to pass muster.  As we discussed previously, it was not entirely clear who was running the Liebowitz Law Firm (LLF) before it was “acquired.”  Now that Richard is suspended, he cannot sell the firm under Rule 1.17.  By contrast, if Rebecca was running the practice, as the announcement suggests, it does not appear that she has retired from the practice of law, which Rule 1.17 requires.  Of course, law firms can “merge” without the merger constituting a sale under Rule 1.17.  In that case, the assets of LLF and Sanders Law Group (SLG) would combine, most of the lawyers and staff working for LLG would start working for SLG, and the clients would be offered the choice to continue with the newly formed firm or find representation elsewhere (more on that below).  However, the announcement does not describe the transaction as a merger and instead suggests that all of the assets of LLF were simply sold to SLG (presumably for a price).

Q.  Would clients of the Liebowitz Law Firm automatically become clients of the Sanders Law Group and would they be bound by any fee agreements that had previously entered into?

A.  LLF clients would not automatically become clients of SLG.  Similar to when a lawyer moves from one firm to another, when a law firm is sold (or if it merges with another firm) the client must be notified about the change in representation.  At that point, the client can choose whether to continue with the new firm or to retain other counsel.  The rules make very clear that client choice is paramount and a client can never be obligated to work with a certain lawyer or firm.  As to the fee agreements, the firm would generally be required to honor the terms of the existing fee agreement between the client and LLF.

Q.  If you look at the website for the Sanders Law Group at www.sanderslaw.group  you will find that  neither Richard Liebowitz nor his sister Rebecca Liebowitz are listed as lawyers in that firm?   Rebecca can be found, however, on the SLG website at uscopyrightattorney.com.  Either way, is it OK if Richard and/or Rebecca have joined the firm or if future they join the firm at some point?

A.  Richard could not join until he is reinstated to practice.  For Rebecca, it largely depends on whether this was a “sale” or a merger. As discussed above, if it was a sale then Rebecca would need to have “retired” from the practice of law.  If, however, the firms simply merged then Rebecca could join the merged firm as a lawyer, which is quite common.

Q.  Are there ethical or other obstacles presented when one firm acquires another in terms of paying for firm assets such as contingent fee arrangements, receivables, firm goodwill, etc.?

A.  Yes.  Under Rule 1.17 the acquiring firm can pay for the goodwill of the seller and the two firms can negotiate over the terms for acquiring the seller’s receivables, expected contingent fees, and other assets.  However, there are two important caveats.  First, the two firms must be sure to check for conflicts and the acquiring firm cannot take on any matters that would create a conflict of interest for the firm absent a waiver from the affected clients.  Second, any agreement to continue representing existing clients must always be subject to the clients’ consent.

Q.  Could there be other ethical issues raised by the acquisition of the Liebowitz Law Firm?

A.  There are always a number of ethics issues whenever law firms are sold or merged. In addition to the issues outlined above, if I were SLG I would be particularly concerned with the risks associated with inheriting a large volume of cases from a law firm who’s founder was recently suspended.  Assuming the vast majority of LLG’s clients choose to stay with SLG, the rules governing competence and diligence require SLG to ensure that it has the appropriate resources to handle that volume of cases competently.  Similarly, SLG will need to perform some amount of due diligence on the existing cases to determine whether they have been appropriately handled, whether the firm needs to take any remedial measures, and whether any of the cases it is inheriting could give rise to a claim against the firm.  These are all also potential deal points that were hopefully discussed during negotiations.

« Duty to Disclose Suspensions or Other Discipline to Clients