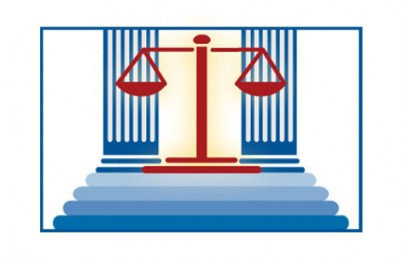 Duty to Disclose Suspensions or Other Discipline to Clients

Are lawyers obliged to disclose to clients they have been suspended in another jurisdiction based upon multiple acts of incompetence?  Or that the suspension is likely to be imposed reciprocally on the lawyer in their home jurisdiction?   Or that the disciplinary situation could in the immediate future prevent the lawyer from completing the representation of the client?  Most clients would say:  “Absolutely, those are things I ought to know about.”

The March 17, 2022 decision of the New York Court of Appeals in People v. Burgos is likely to disappoint clients who assume their lawyers are required to make wide-ranging disclosure of facts that may impair the representation.  Burgos unanimously held that no ethical or court rule automatically requires disclosure to clients that a lawyer has been suspended in another jurisdiction, or that proceedings are pending to have that suspension reciprocally applied in the lawyer’s home jurisdiction.

The Burgos Court declined to reverse a criminal conviction of a state court defendant who had no idea that his lawyer was in major ethical hot water in the federal courts, and that reciprocal state court discipline was in the offing.  After discussing the details of this unhappy case, we consider whether lawyers should nevertheless strongly consider that, consistent with their duties to their clients, they should disclose potential future impairment of their ability to practice earlier than Burgos requires.

The Facts of Burgos

Antonio Burgos was indicted in mid-2013 on multiple charges of assault in New York state court.  Four months after his arraignment, he retained Andres Aranda to represent him. (Aranda had obtained favorable results for Burgos in prior criminal proceedings).  On May 15, 2015, unbeknownst to Burgos, the United States Court of Appeals for the Second Circuit reprimanded Aranda and suspended him from practice before that court for 18 months based on deficient representation in seven federal cases, concluding that it had “little assurance” that Aranda could “conform his conduct to expected professional norms.”   The suspension orders required Aranda: (a) to disclose the suspension to all clients with cases before the Second Circuit; and (b) notify “all courts and bars of which he is currently a member, and as required by any bar or court rule or order.”

Aranda told Burgos nothing about his plight.  On July 10, 2015, he reported the federal suspension to the Attorney Grievance Committee.  (The 55-day delay in reporting exceeds the current 30-day rule, but the Court noted that the rule then required only “prompt” notification, which 55 days apparently satisfied).  On July 30, 2015, still represented by Aranda, Burgos waived his right to a jury trial and went immediately forward with a bench trial.  In September 2015, Burgos was convicted of four counts of first-degree assault and was acquitted of parallel gang assault counts.  Burgos was sentenced on February 5, 2016 to concurrent terms of 20 years.

Burgos moved to vacate his conviction.  He claimed he was denied the effective assistance of counsel, in part because Aranda did not tell him about the Second Circuit suspension or the significant underlying misconduct. He further alleged that, had he known of his attorney’s  misconduct, he would have been able to make an informed decision to switch counsel, and that Aranda actually neglected his case in the same manner as in the federal cases for which he was suspended.

The Court of Appeals’ Take

The Court of Appeals agreed to hear the case, but rejected each of Burgos’ proffered arguments.  First, it rejected Burgos’ argument that, when a foreign jurisdiction like the Second Circuit suspends or disbars a lawyer for serious misconduct, that attorney should be viewed as  “constructively suspended” in New York because of the likelihood of reciprocal discipline – regardless of whether the attorney remains technically licensed.  In declining to create such a rule, the Court held that: (1)  while “serious and substantive defects” such as a lawyer having no license at all might justify an automatic finding of impropriety, Aranda was duly licensed to practice in New York state courts when he represented Burgos; and (2) imputing suspension in one jurisdiction to all jurisdictions would deprive attorneys of their due process right to be heard in opposition to reciprocal discipline.  Accordingly, reciprocal discipline (or its nature of length) could not be viewed as “certain” or a “foregone conclusion” until all arguments were made and discipline imposed.

Because Aranda was entitled to practice law at all times he represented Burgos, the Court stated:  “We decline to create a bright-line rule invariably requiring attorneys to affirmatively disclose the imposition of foreign discipline or pending reciprocal discipline proceedings to their clients in every case, where no court order or ethical rule requires such disclosure.”  Instead, it concluded that the failure to disclose such discipline “can adequately be assessed in the context of an ineffective assistance of counsel claim,” thus necessitating evidence that the non-disclosing attorney actually failed to provide meaningful representation.  Unfortunately for Burgos, the court concluded that Aranda’s performance was adequate and that the neglect that led to the Second Circuit discipline was absent.

The Court is no doubt correct that no ethical rule goes expressly to the issue of a lawyer’s disclosure of discipline in a foreign jurisdiction or the likelihood of reciprocal discipline in the jurisdiction where the client representation is pending.  NY RPC 1.4 requires a lawyer promptly to inform the client of “material developments” and precludes a lawyer from “withholding information to serve the lawyer’s own interest or convenience,” but those provisions on their face refer to developments or information with respect to the matter at hand – not to unrelated matters solely involving the lawyer. Similarly close, but not directly on point, is NY RPC 1.7, which precludes continued representation when a lawyer’s own personal interests will adversely affect the representation.  But as the Court noted, the clouds overhanging Aranda did not preclude or limit his advocacy in the Burgos case or otherwise compromise Aranda’s judgment on behalf of his client.

In the Burgos case, the Court held that a lawyer was not obligated to disclose discipline from a foreign jurisdiction, at least absent a court order or the actual imposition of subsequent discipline in the lawyer’s home jurisdiction. But how broadly Burgos should be read is open to question:  Would the result have been different if reciprocal discipline had been inevitable — such as when an attorney stipulates to that relief?  Or when a lawyer pleads guilty to a felony requiring automatic disbarment? From a client’s perspective, the lawyer’s disclosure obligation in such circumstances should not await the court’s interim suspension order or order of disbarment.

The duties discussed in Burgos arose in the context of an attempt to overturn a criminal conviction. They do not necessarily define the moment when an attorney should ethically disclose a likely impairment to a client.  To the contrary, from the standpoint of the ethical duties underlying the attorney-client relationship, one would hope that a lawyer who reasonably knows that he or she is likely facing a lengthy suspension or even disbarment would disclose those facts to a client at an early juncture — even if the lawyer does not yet know precisely when the relevant discipline will be imposed and even if that disclosure is not legally compelled under Burgos.