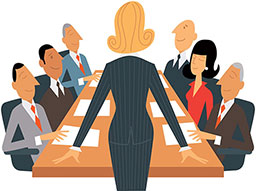 Examples of mitigation counsel include (1) an appellate lawyer hired to prosecute an appeal after attorney negligence led to a bad result at the trial level; (2) a litigator hired to defend a judgment enforcement proceeding after attorney negligence led to an adverse judgment; (3) a tax lawyer hired after negligent transactional advice led to a corporate transaction being structured with an unforeseen tax consequence; (4) a transactional lawyer hired to re-negotiate documents which were negligently drafted or the product of negligent advice; and (5) a litigator hired to litigate a commercial dispute where attorney negligence in drafting the underlying contracts led to the dispute. As the above examples show, mitigation counsel span a broad array of the legal profession. Often the mitigation counsel is not a litigator, and even the ones who litigate usually have limited understanding of how their efforts may impact a legal malpractice case.

It is only natural for lawyers to want to help clients any way that they can within the bounds of the law. And clients would generally prefer to hire and pay one lawyer rather than two, especially for the same problem. To save money and hassle some clients will hire the same lawyer to both mitigate the legal malpractice and bring a lawsuit for legal malpractice damages against the negligent lawyer.

This is almost always a bad idea. Lawyers sued for legal malpractice often contend that, whatever their mistake, the lawyer who came in afterwards had ample time and opportunity to fix the problem and either failed to do so, or made the problem worse. Sometimes mitigation counsel is brought into the legal malpractice case by the defendant attorney as a third-party defendant. Other times the defendant attorney simply pleads that the Plaintiff did not mitigate damages and then seeks the testimony of the mitigation counsel.

An attorney who tries to mitigate legal malpractice is never immune from such an accusation, but it becomes much more likely that an attorney will be brought in as a third party defendant, or at least a witness, if the mitigation counsel is also the client’s legal malpractice attorney. The attorney who wears both hats becomes a very tempting target to become a third party defendant because the attorney cannot continue the legal malpractice representation if he is also a third party defendant. Even if the attorney is not sued, he may be disqualified if that attorney is a witness to underlying events. Under NY Rule of Professional Conduct 3.7, colloquially known as the “Advocate-Witness Rule,” an attorney usually cannot represent a client in a case where an attorney is likely to be a witness on a significant, contested issue of fact. And even if the argument for disqualification under the Advocate-Witness Rule is a weak one, defense attorneys who wish to find more palatable adversaries, or simply cause disruption and delay, may file motions to disqualify.

2. Beware of the Expiring Limitations Period

Prospective plaintiffs frequently need to make decisions as to whether to file a case when the result of the underlying legal problem remains uncertain. Mitigation counsel may encourage their clients to secure legal malpractice counsel to help make such a decision. Alternatives include entering into a tolling agreement with the prospective defendant, filing a summons with notice (assuming New York State Court) which can have the practical effect of buying a few more months to consider a potential case, or filing a lawsuit and then moving for a stay. If the limitations period is running out in a matter of days the mitigation counsel can also file the summons with notice herself while advising the client to secure different counsel for the lawsuit.

3. Do Not Worry That Your Good Work Will Lower Legal Malpractice Damages

While the law has become somewhat more protective of privilege, some defense lawyers have not gotten the memo. Lawyers sued for malpractice remain intensely interested in the contents of communications between their former clients (who have become litigation adversaries) and their subsequent attorneys. The interest is especially acute where there is temporal overlap between the representations by the legal malpractice defendant and the mitigating lawyer.

Mitigating counsel should therefore not assume that their private written communications with their clients will remain secret during the pendency of a legal malpractice suit. Counsel should be especially wary of putting anything in writing that may harm the client if it were revealed in a subsequent legal malpractice case. Phone calls are often better than e-mails. And following general best practices for preserving privileges is especially important for mitigating counsel.

5. Be Meticulous in Recording Time

One silver lining to what is usually a bad situation is that prevailing clients in legal malpractice cases can recover the legal fees they have incurred by hiring mitigating counsel. (By contrast, clients usually cannot recover the legal fees they have paid to legal malpractice counsel). This is true regardless of whether and to what extent mitigating counsel was able to help the client.

Defense counsel often challenge the propriety and reasonableness of the fees incurred by a plaintiff who has hired a mitigating counsel. If such fees are substantial, the claimed legal fees are likely to be a key issue in the legal malpractice case. Defense lawyers are also likely to suggest that some of the fees were not related to fixing the alleged legal malpractice.

Mitigating counsel should be aware from day one that their legal fees may be front and center of a contested court proceeding. Some lawyers are used to having their fees scrutinized by courts, but for others, it will be a first-time experience. Either way, the importance of keeping detailed contemporaneous time records cannot be overstated. The time records should explain not only what work is being done but, where ambiguous, why specific tasks are being undertaken.

6. Be Prepared to Testify & Provide Documents If Necessary

Lawyers generally have no obligation to help a former client in a legal malpractice case. On the other hand, the lawyer can be subpoenaed by either side of the dispute to testify at trial and/or deposition, and to provide relevant non-privileged documents.

If the legal malpractice plaintiff is a current client of the mitigating lawyer, the lawyer is considered an agent of the client, such that no third-party subpoena will be necessary to obtain the law firm’s responsive documents. A document request directed at a client will require the client to turn over the law firm’s responsive files (minus privileged documents, of course). This will require active cooperation between the client’s legal malpractice lawyer and mitigating counsel.

Some lawyers hate being fact witnesses. That is a reason for perhaps not agreeing to serve as mitigation counsel. But when a lawyer agrees to try and fix another lawyer’s legal malpractice, the lawyer should understand that providing documents and live fact testimony in a legal malpractice case is a very real possibility.

Daniel L. Abrams is the principal of The Law Office of Daniel L. Abrams, PLLC. He represents clients in legal malpractice cases, other cases involving the law governing lawyers, and business litigation. He can be reached at Dan@LawyerQuality.com